Among other things, this post will be a bit different to the previous ones which were usually more focused on my current training progress and giving an outlook to upcoming competitions. I am planning to add some other, hopefully interesting small topics in my next posts as well.

Lets cover the regular business first, though. It´s exactly one month since the last post and not much has changed which in this case is a good thing. I continue being healthy and not injured, making me count miles and hours. (Although, I am a big proponent of the metric system, saying miles just sounds so much better..)

I often follow the thinking of, what I like to call consequence by necessity – maybe there is a more official description of it, if so let me know! A simple example is if you like it clean, you should like cleaning as well. Or in terms of being an athlete, it means that to perform you should care about your training and therefore also care about your health.

However, it´s not always so easy if you´re bound to other responsibilities. Luckily that´s exactly what I can do currently, as I reduced other responsibilities to focus more on training. And so far it´s working well which makes me happy as well as optimistic about the next season. Nonetheless, this does not mean that I don´t have a small issue here and there with my legs or so but never anything major which does not resolve itself.

On completely other note, I am happy to report that I will continue representing Angelniemen Ankkuri.

While training for (middle distance) running with competitive goals in mind, you almost don´t get around interval sessions. Although, I like intervals, especially short ones with fast breaks, they can sometimes be really dreadful. Whatever the reason that day, the number 10 can suddenly seem crazy and only be reached after a long mental fight. So, I sometimes like to count a set of intervals the following way: you can always pull of the first one, and also the last one – I mean you either haven´t done anything yet or you managed all previous ones and will be finished after that one. And if the first ones works, then why shouldn´t the next one and the one after that work as well, leaving you with only 7 instead of 10 intervals which sounds way nicer.

Once I am finished with a intense session I usually clap my hands together over my head, to book in the session – might look stupid but I know I earned it. Another thing, which I myself don´t do but I know a famous orienteer does, is starting sessions only at a zero or a five (:00h or :05h). I really like hearing about such fun quirks which other athletes just for the sake of it came up with while training.

Dreaming of being a Pro

In December I was for a change a few weeks back in Germany, in my hometown Dortmund. Next to meeting my family and organizing other stuff, I finally managed to meet and run with Christoph. A long run on a cold but sunny afternoon gave plenty opportunity to talk and discuss different topics.

One of the topics was sports sponsorship, or in general making a living from sports, especially as an athlete. Currently, that is in Germany as an athlete in any other sport than football not as easy as it could be compared to other countries, like in the USA. To clarify, right now with making a living I actually mean just covering sports and general living expenses, like food, housing, etc.

I certainly know the whole topic is way bigger than I could possibly write about here. In addition, I want to emphasize that I am for sure not in for the money, my yearly balance draws a clear picture there. I also understand that, football, is super popular and in many ways I also enjoy the smaller scale of orienteering.

Still it feels sometimes a bit frustrating when you, as an orienteer in Germany, are basically not eligible for any public/official sports support/financial aid simply because only Olympic sports are supported and Orienteering as a Worldgames sport simply doesn´t make the cut.

In other words, with out the financial support I receive from my club in Finland and private donors from the German orienteering community, I probably would have not taken a medal home from WUOC this year.

There are some changes upcoming in the criteria for such public support next year, at least in my home state. I am hoping on that, it really would be cool and validating feeling to receive official sport support like that. Moreover, it would help me on my way to train more and more professional and with that hopefully accomplish my goals.

There are of course multiple roads leading to the same goal – this is the one I currently chose and I am trying to make the best out of it.

Have a nice Christmas!

PS: I really hope the small drifts next to the ‘main story’ are interesting to read. I often had such things in previous drafts of other posts as well but usually ended up editing them out or even scraping the whole post(-idea).

In the end, it´s my blog, so maybe I should care less – at the same time I am not a big fan of such approach either. 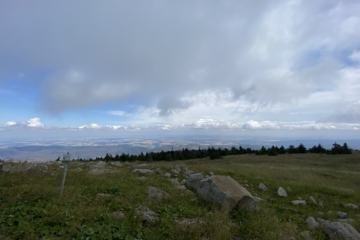 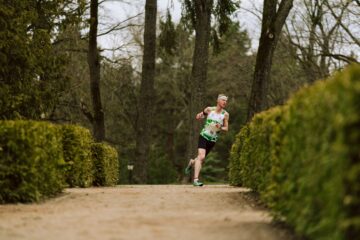 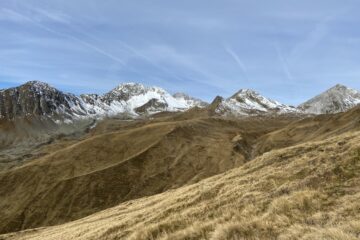